Summer is in the air and I can’t help but feel nostalgic about Hotaru no Hikari which is the PERFECT watch for summer. It’s aired back in 2007 but I’m certain the rom-com will still entertain viewers of today. If you’re still hung over by the fact that Tachibana did not end up with Sakura in Last Cinderella, recently discovered your crush on Fujiki Naohito and desperate to see him in action and GET THE GIRL, this it IT. Even better that it’s when he is in his younger days. Haruka Ayase stars as Amemiya Hotaru nicknamed Ahomiya (Aho also means stupid or idiot). She is the ideal OL( office lady), well looked upon by her co-workers and juniors as she is efficient and dedicated. However, when she returns home, she turns into a himono-onna, a term for a woman who is not interested in men but lazes around with beer and manga in reach. The drama starts off with how Hotaru discovers that she needs to cohabit with her boss from work, Takano Seiichi ( Fujiki Naohito) because he is the landlord’s son. Takano is also fondly called Buchou~ haha! Watch and you’ll understand. He is an orderly man who takes no nonsense about mess and even draws a red tape line on their boundary. With the two of them under one roof, sparks fly ❤

First season introduce how they get use to living under one roof and a love interest for Hotaru other than Buchou. I’ll leave no spoilers but it’s obvious what happens in order for season 2 to occur. I think season 1 is my favourite and also majority’s favourite. Somehow, first seasons are always the best, aren’t they? Their relationship did not develop from love right off the start but more like housemates/coworkers/comrades. Hotaru has zero knowledge on how to date due to her himono-onna lifestyle and Buchou has to coach her in it. Then of course, Buchou is the first of them both to realise that he has feelings for her while Hotaru is still quite unsure of her feelings and such.

The pair compliment each other really well. Hotaru needs Buchou to organize her life while Buchou needs her to loosen him up. Together, they are comfortable and they know that ❤

Following the success of the first season, a second season followed. Hotaru has left to Hong Kong for 3 years due to work. When she returns, Buchou is not pleased. I get him because in the span of three years, she only sent ONE postcard while he sent numerous emails and stuff. She says it’s due to her being too dedicated in her work which is possible but this is where Hotaru would clash with Buchou. She is in a way insensitive or sometimes, I like to think of her being incapable in anything other than work and lazing at home. She can’t handle a normal relationship, what more a long distanced one. 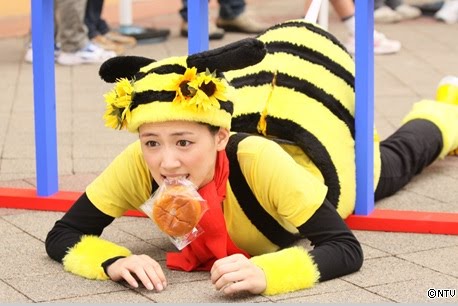 Hotaru has a new love interest in the form of Mukai Osamu(squeals). He has a crush on her although she is the senpai and stuff. Second season handles heavier issues between Hotaru and Buchou. She goes through processes which involves her to think about marriage, not just wedding and living with each other but financially, habits and etc. Obviously, all this exerts stress on her and Mukai Osamu coincidentally becomes a friend to lean on. I think season 2 gave Hotaru a growing space because season 1 was just an ideal love story. After happily ever after, isn’t happily ever after but more trials abound. Hotaru actually grew up in this season and realize what it is to actually love and live with a partner. In retrospect, I don’t think season 2 did bad. It actually suited the plot as the cast were all adults and these were things they needed to contemplate.

Hotaru no Hikari the Movie

So, the franchise is soo popular, they went to Rome, Italy. 90% is filmed in Rome, Italy. So it’s like wrecking havoc in another continent and I liked the idea. They’re actually going to get married and their honeymoon would be in Rome as Buchou has dreamed of.

Hotaru brings her signature moves to ROME. A Himono-onna’s quest to conquer the city! She literally rolled down the stairs. I wonder how awkward it must be to film in a foreign country with so many eyes on you =.=

So the movie goes through it one more time to let our leads affirm their love and trust for each other. Especially Hotaru’s because she’s quite slow in that department. They introduced another himono-onna, also Japanese, to squeeze in a side story. I don’t like how the side story came in because one minute she was acting like a third person between Hotaru and Buchou, another minute she encouraged Hotaru and told her to go get your guy. She is an inconsistent character that obviously had issues which made her run off to Rome. Somehow, I wished the plot was better. Of course I don’t doubt out leads and watched it solely for them 🙂 However, the plot is repetitive and I don’t think it was as good as the predecessors.

I didn’t really like Ayase’s wedding dress but I thought it suited her character. It is supposed to be a comedy so they found a rather clumsy looking dress. Another explanation is, she is going to tear and dirty up the dress any way so any dress would have been fine. Haha. By the way, it was summer in Italy so scenes with the wedding dress and tux were sweltering hot for our casts. Kudos for their efforts!

If you have watched both Hotaru no Hikari seasons, it’s best to end that with the movie. The movie isn’t as what I’ve expected but it does what it is supposed to, give them the happy ending. I’d strongly recommend season 1 and 2 before jumping into the movie because the meat of everything is in the doramas. Ahomiya x Buchou awaits you 😀

China:
I Love My President Even Though He Is a Psycho (on hold)
Glory of Tang Dynasty 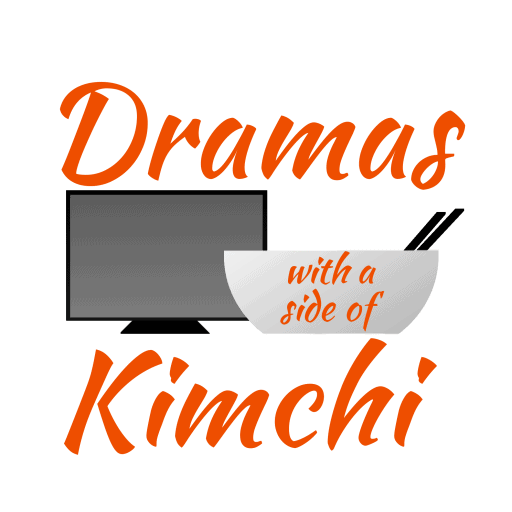 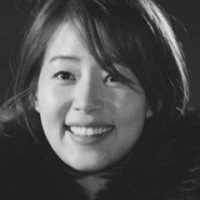 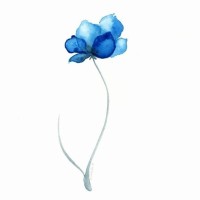 I have fallen in love with Korean Music and am on a quest to share that passion.

A Community Blog for all lovers of C-Entertainment

Dramas with a Side of Kimchi

Taking Blogging to the Fangirl Level

Putting ourselves into everything we translate since 2016

Online education and discussion about all things Haematological. From Newcastle upon Tyne to the world.

I have Jiu Lu Fei Xiang's and Lin Jiacheng's express consents to translate Sansheng, Wangchuan Wu Shang and Mei Gongqing for non-commercial purposes. It is illegal to take my translations outside hamster428 without prior consent or to receive any monetary gains from them.

wherein I recap and review kdramas, and jdoramas whensoever I can tear myself away from the screen

A little piece of C-Novel heaven